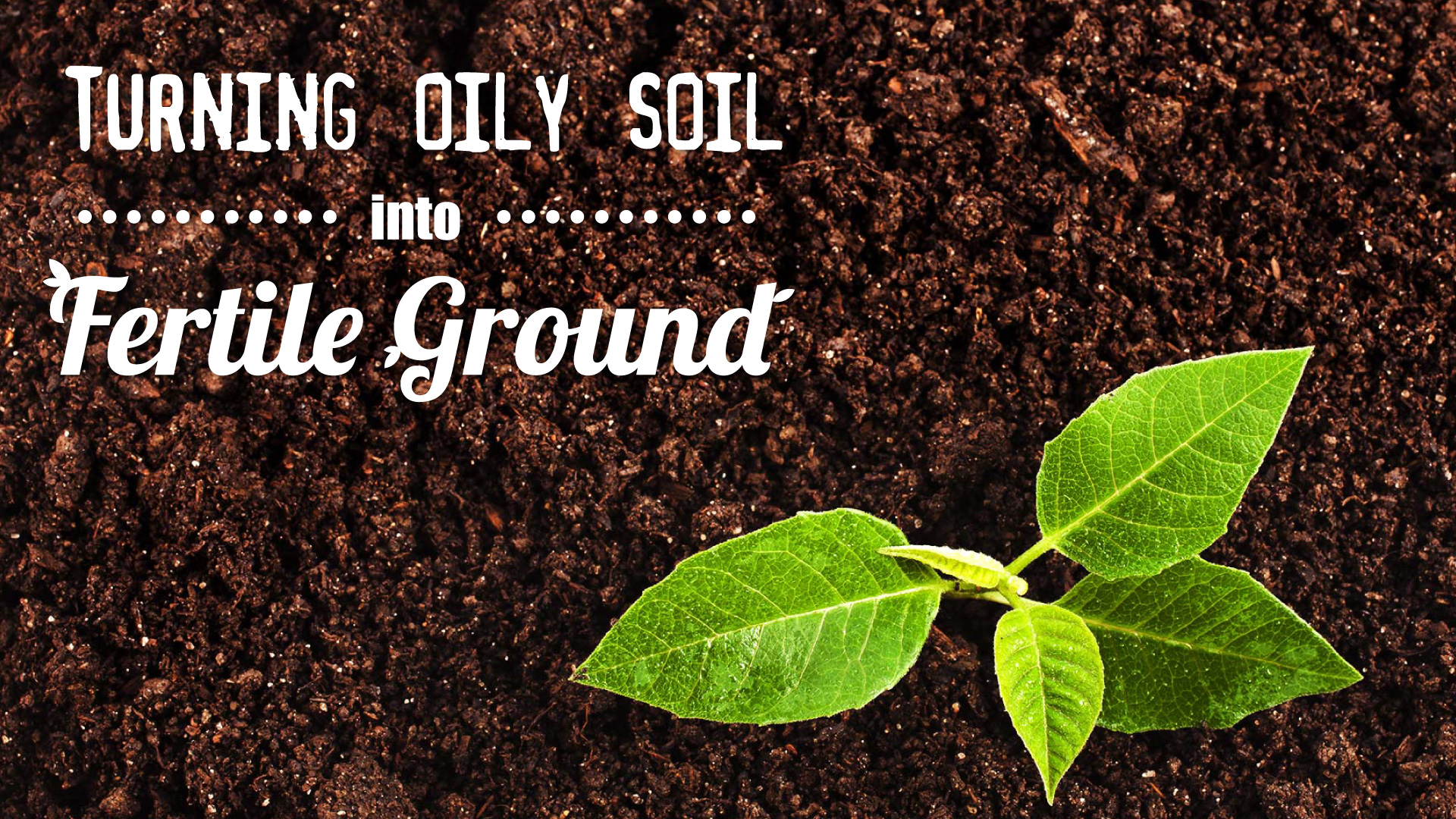 Coined from the Greek words ‘pyro’ which means fire and ‘lysis’ meaning separation, pyrolysis is a thermochemical process that involves heating organic material without oxygen. Scientists from Rice University are using this process to reclaim soil contaminated by oil spills, to effectively bring it back to life.

Ninety-eight percent of oil spills (over 25,000 per year) occur on land, and $10 billion is spent by industries and governments annually in the clean-up. The sustainable process of pyrolysis is better for the environment than using traditional incineration techniques according to Pedro Alvarez, a Rice environmental engineer involved in the project. He says that incineration destroys the soil and uses 40 to 60 percent more energy.

“Reclaimed soil may not necessarily be used to grow food, but it certainly could be used for re-greening: planting grass to minimize erosion and to restore vegetation.”

When subjecting contaminated soil to pyrolysis, which involves heating the oil-soaked soil to about 420 degrees Celsius, the amount of petroleum hydrocarbon is reduced to less than 0.1 percent, and the remaining carbon turned into beneficial char. Resembling coke, the beneficial char is different from ‘biochar’ the by-product of petroleum produced in refineries.

“Biochar is a particle that is separate from the soil’s mineral grains,” explains Rice biogeochemist Caroline Masiello. “It has an internal physical structure that allows it to hold water and nutrients and provides a home for microbes, but here, we’re not making any of those things. We’re making an organic film that coats the minerals.”

Lettuce is generally accepted by the scientific community as being sensitive to toxins such as petroleum, which is why it was chosen by the researchers to test the fertility of the regenerated soil. The lettuce experiment was a success, and has prompted a new debate on the future purposes for the soil. Says Alvarez, “Reclaimed soil may not necessarily be used to grow food, but it certainly could be used for re-greening: planting grass to minimize erosion and to restore vegetation.”

Now that the research team has demonstrated they can remove contaminants and leave a final product with agricultural value, it wants to do further experimentation on the quality of the char in the soil, and optimise the pyrolysis process further.