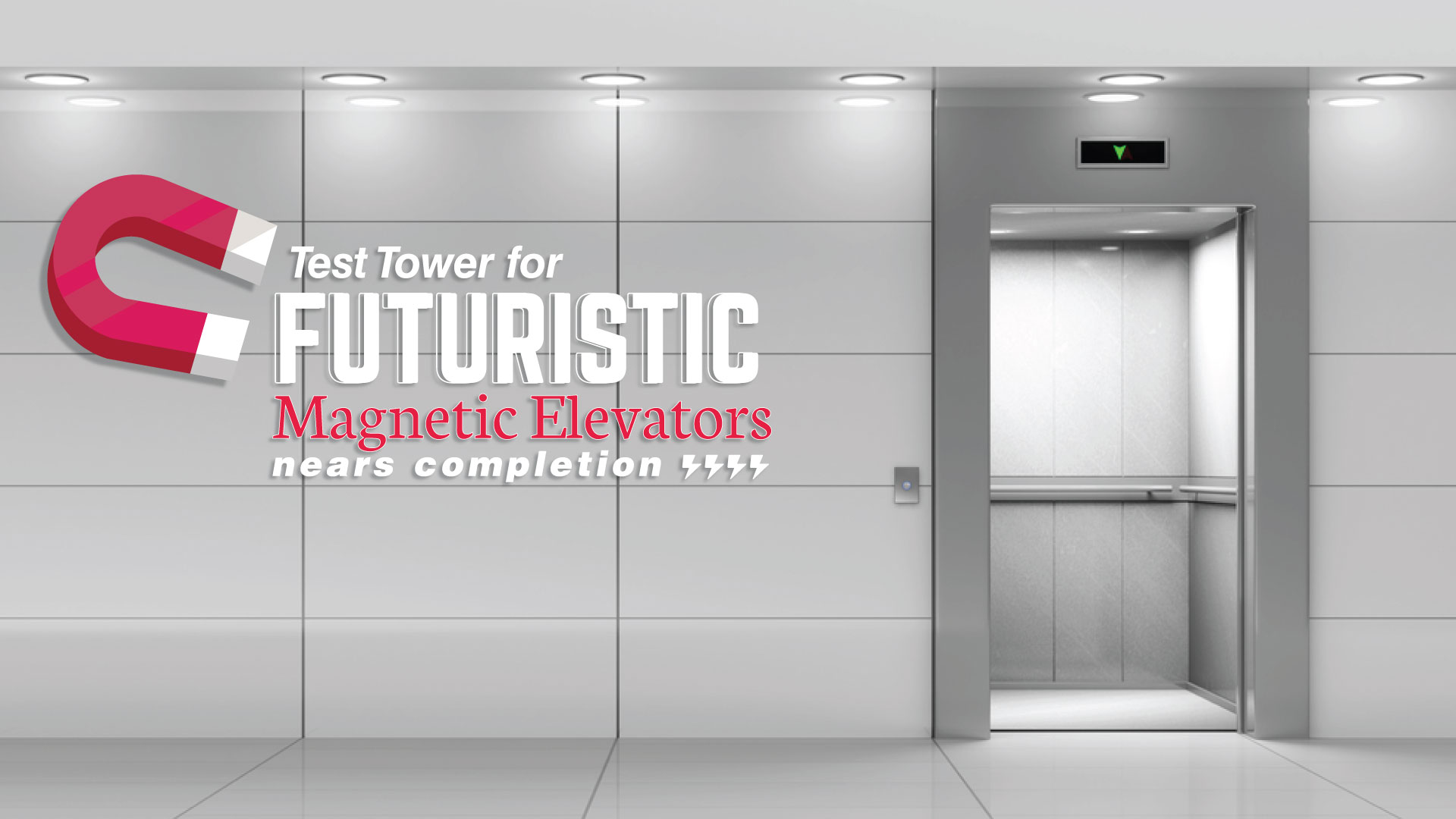 Elevators that can go up and sideways look set to be the way of the future thanks to German engineering firm ThyssenKrupp.

ThyssenKrupp stated recently in a press release that after 10 months of construction they’ve almost finished building the exterior of a massive 761-foot concrete tower which will serve as a testing space for their unique elevators.

After the interior is completed, they hope the test tower will be fully operational by the end of 2016. The tower, situated in Rottweil, southwest Germany, “will play a key role in the implementation of the global innovation strategy that is of major importance for the success of the company,” explains Andreas Schierenbeck, CEO of ThyssenKrupp Elevator. But what is it about these elevators that are so innovative?

Out of the 12 elevator shafts in the tower, three will be dedicated to testing the MULTI system, which is currently in its prototype phase. The system uses maglev (magnetic levitation) technology, in other words ‘magnets’, to power the elevators instead of cords. This means more than one elevator can travel in a shaft at any one time, and they are not constricted to just a vertical up and down movement but will have the ability to move sideways as well. Magnets in the elevator car repel opposing magnets causing the car to hover in midair. The car is then pushed and pulled in a particular direction by a separate set of coils.

There are many benefits of using MULTI elevators in highrise buildings in the future including the reduction of elevator space required, by as much as 50 percent. They will also be able to travel much higher. A standard elevator can only reach to about 2,000 feet before the cables become compromised the inspectors company. The MULTI elevators will be able to travel twice that distance running from ground to the top floor directly.  These features will have a significant impact on the planning, construction and use of high-rise buildings.