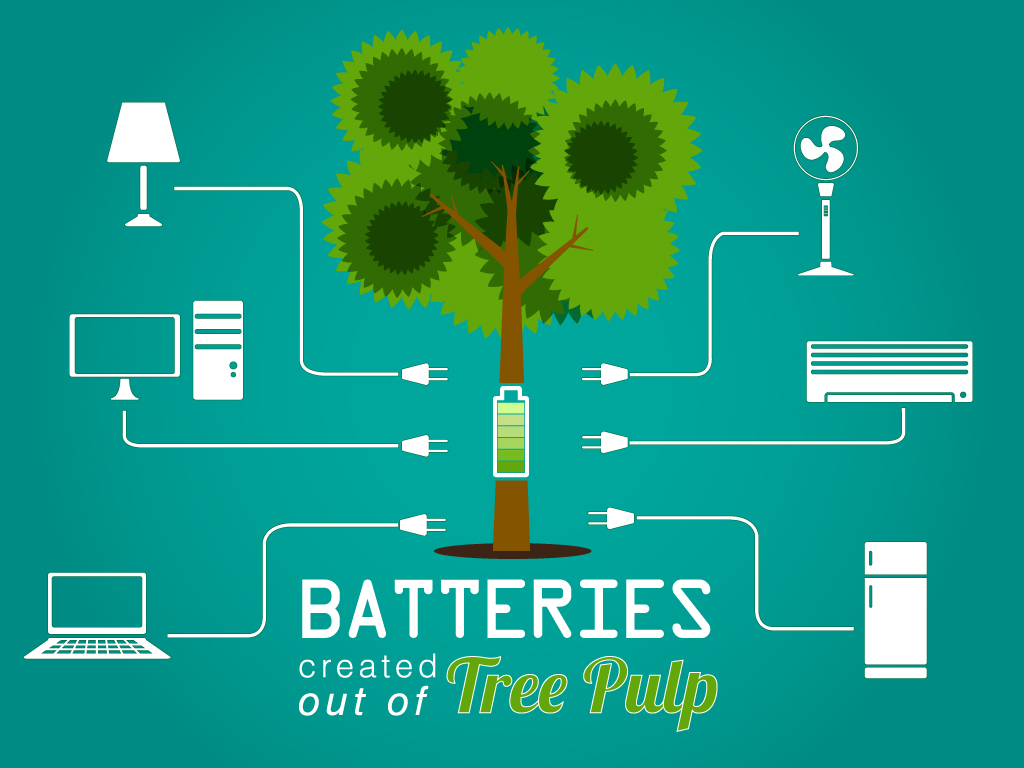 While a conventional battery is bulky and has limited storage capacity, the superior functionality of the spongy 3D battery could transform the way we charge everyday items.

The soft electronics team who developed the battery are based at Wallenberg Wood Science Center, a research centre at KTH, which focuses on creating innovative materials from trees. The team is headed by Max Hamedi, a battery researcher at KTH and Harvard University and also included Professor Lars Wågberg from KTH and Professor Yi Cui from Stanford University.

Professor Lars Wågberg’s work on aerogels initially led to the development of soft electronics and eventually to the creation of the wood pulp battery. An aerogel is a foam-like substance made by breaking down tree fibres to a millionth of their original size to create nano cellulose. The aerogel is then dissolved, frozen and freeze-dried and put through a process to stabilise the molecules stabilise and prevent their collapse.

“Three-dimensional porous materials have been regarded as an obstacle to building electrodes.”

The finished aerogel can then be given electronic capabilities by coating the interior surface with ink that conducts electricity. According to Max Hamedi, the aerogel’s 3D surface area enables it to store a larger amount of power than a conventional battery. “Three-dimensional, porous materials have been regarded as an obstacle to building electrodes,” he says, “But we have proven that this is not a problem. In fact, this type of structure and material architecture allows flexibility and freedom in the design of batteries.”

The battery is light, soft and strong and also remains fully functional even if compressed to more than two-thirds its size. Explains Hamedi “You can press it as much as you want. While flexible and stretchable electronics already exist, the insensitivity to shock and impact are somewhat new.”

He says the squishy battery could be used where space is an issue, such as in the doors of electric cars. Electronics-embedded clothing to charge gadgets on the run is also being considered – though according to the researchers, a lot more work is needed before the battery reaches this stage.