Robots with a soft outside 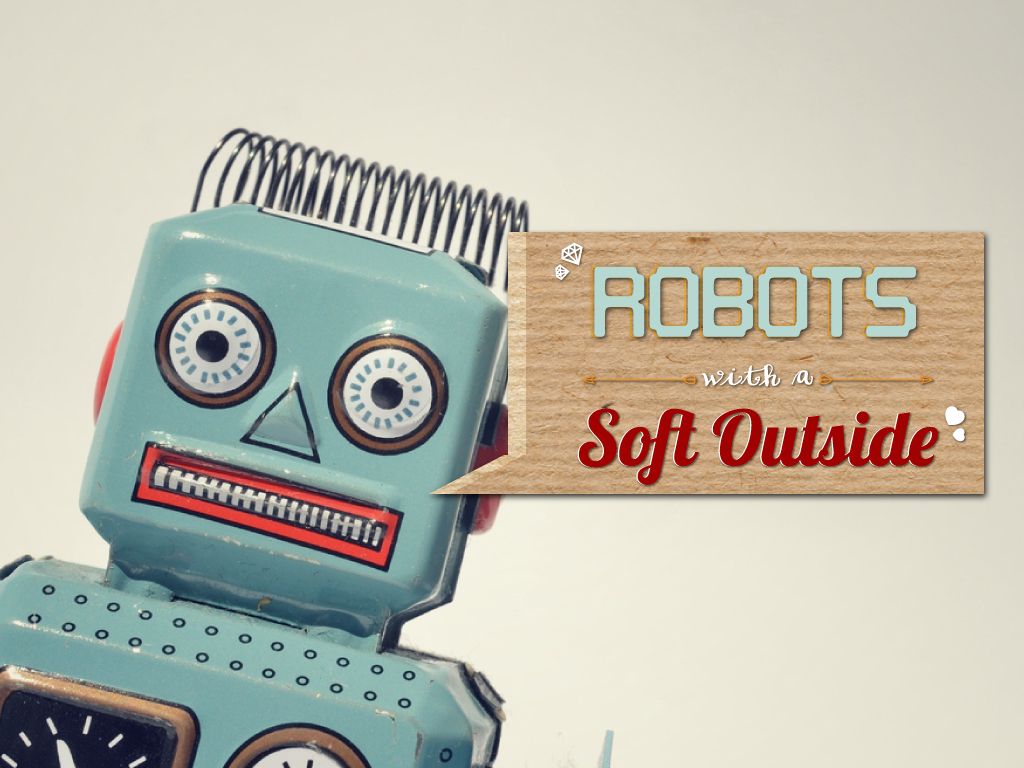 The world of robots is a fascinating, if not a sometimes creepy one. There are many different types of robots, and scientists and engineers are always dreaming up new and ingenious designs and uses for them.

Two general classes are split between humanoid or non-humanoid robots. And there is an increasing tendency to look towards nature for alternative designs. Such is the case when developing soft-bodied robots.

Scientists Michael Trolley, Assistant Professor at UN San Diego, and Nicholas Bartless, a Ph.D student at Wyss Institute at Harvard, have designed and co-lead a project to create a new type robot built of both soft and hard material. They believe to do so will eventually lead to a “new generation of fast, agile robots”.

But before we start freaking out about the rise of Terminators, let’s be clear that robots with soft bodies have advantages in helping humanity. Due to their flexibility, pacific dreamscapes can absorb damage more easily and are adaptable to different terrains. On top of this, a soft-bodied robot poses less danger to humans in the case of a collision. The long-term goal is robots that can safely work alongside humans. Or for them to go where we’re not willing to go.

While testing the robot was able to jump in a specific direction, jump across gaps and even onto a table.

A robot that has a soft body still requires a rigid internal frame to move; something nature has done for many animals. In animals, the rigid frame is used to attach themselves to other objects and move through their environment. For the robot, it was required to propel it into the air and to attach the electronics and propulsion system. The challenge for Tolley and Bartless was to was to replicate nature; to 3D print a body with multiple gradients of stiffness throughout.

Developments in 3D printing have enabled engineers to create stronger structures and even print moving parts. This is currently possible with a range of different materials, including metals, plastics, ceramics, wax, and more. Each material used had to be tested until they had nine materials they could print together. The result was a body that was soft on the outside, but firm enough to attach the mechanical components.

To move, the robot tilts slightly to the side, and a combustion of butane and oxygen creates a small explosion in the chamber underneath. The chamber rapidly fills with gas, and it launches into the air. Using this combustion method the robot operates ‘untethered’, meaning it can power and move itself without the need of an external power source.

But this robot isn’t going to take your job just yet. While testing the robot was able to jump in a specific direction, jump across gaps and even onto a table. On top of this, its soft exterior and flexible top means it survived repeated test falls of almost 1.2m.

Future advances in the production of multi-material robots yield the promise of robots that move in and out of environments where other robots may take too much damage, or work closely alongside people without causing them harm. The future looks promising, or scary (depending how you look at it) as we could begin to see even more humanoid robots. At least this one can’t think for itself. Yet.