Is the hoverboard finally coming? 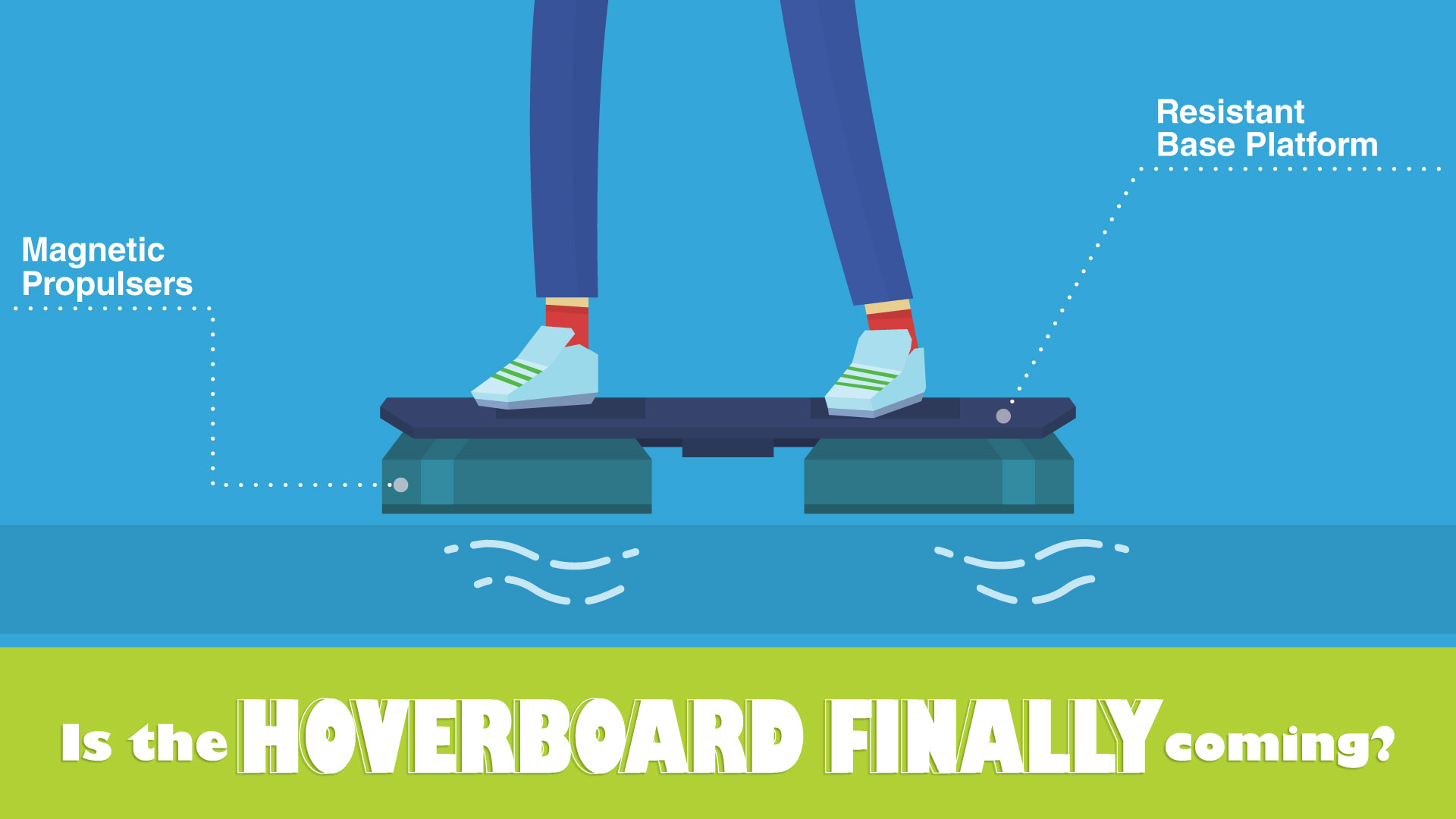 It’s 2015, and sci-fi and film geeks have been awaiting what Robert Zemeckis promised back in 1985… the hoverboard.  So how close are we to realising this?

Back in June, Lexus announced it had made a real, rideable hoverboard. Initially, just a teaser video showing a floating board, six weeks later they officially launched their working concept to the world, SLIDE.

Now let’s be clear, SLIDE isn’t commercially available product. Built entirely as a Lexus marketing campaign, the hoverboard requires a very specific surface to work.  As it is, to release their video they had to create a custom hover-park to showcase the technology. And even then, it’s not the most practical form of transport.

On first appearance, you have to admit the hoverboard looks cool by anyone’s standard. Representative of a traditional skateboard (sans wheels and trucks), the housing of the electronics underneath makes it look solid, yet still strangely sleek. Vapour emits from the side as the board hovers just above the ground, evidence of the nitrogen cooling of the semiconductors inside, and gives off an eerie but exciting appeal.

A magnetic field is used to keep the board just above the ground and is strong enough to stand a person jumping on it. An interesting property of a magnetically-supported hoverboard is a frictionless ride, something even professional skateboarders struggled with at first. Before long though, they were cruising around the skate park, across a water feature and even doing board-slides down stairs. For their finale, jumping the gap above a moving Lexus.

However, they aren’t the only people trying to build a hoverboard.

The team at Hendo have created the ‘Hendo Hover’. In fact the video they released back in November last year claims it is the first hoverboard. Lexus stole the show, though, with a more streamlined product that was much more of a working model than the Hendo Hoverboard.

The motivation behind the Hendo Hover comes from Greg Henderson’s fascination with magnetic levitation. Drawing inspiration from maglev trains, Henderson’s theory is, “If they can levitate a train, why not a building?” However, you need to start with something more achievable and realistic. Apparently that’s a Hoverboard, possibly the most desired but so far unrealistic sci-fi toy.

Unfortunately, both Lexus’s SLIDE and the Hendo Hoverboard are still unavailable today.