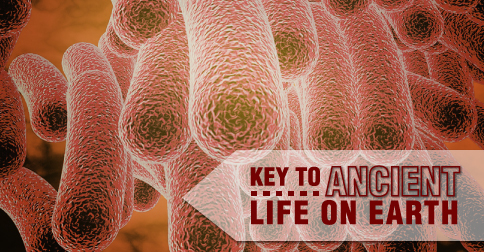 Ancient iron deposits have yielded information about what life was like on earth 2.5 billion years ago, according to scientists from the University of Wisconsin-Madison.

Professor Clark Johnson and researcher Weiqiang Li from the UW-Madison’s geoscience department have been studying iron atoms from cores extracted from deposits up to 150 metres deep in Western Australia. They conclude that half of the atoms are a byproduct of microbes, who had processed or ‘eaten’ the iron. Eating iron was a common way of deriving energy for many prehistoric organisms, since earth’s atmosphere was low in oxygen at that time.

The iron study was achieved by using a super fast laser that took three years of adjusting before it could give the researchers the results they wanted. Effectively, thin sections of the sample were hit with bursts of light measuring one-trillionth of a second. Johnson explains it as being like “taking an ice cream scoop and quickly pulling out material before it gets heated. Heating with traditional lasers gave spurious results.”

“Adding neodymium changed that picture and gave us an independent measure of the amount coming from shallow continental waters that carried an isotopic signature of life.”

The scientists’ discoveries concerning these early iron eating microbes are important for a number of reasons. They reinforce the fact that these organisms respired oxygen, and this adds to our collective knowledge of what was happening on Earth at this time. It could also have an impact on mining, providing exploration geologists with data on where to search for iron deposits. It is also good news for NASA who is focusing its efforts on finding new life forms, on Earth as well as in space. NASA sponsors the University’s Astrobiology Institute directed by Johnson.

At an existential level, the findings from the study pose questions about our makeup too. “What vestiges of the iron-rich world remain in our metabolism?” Johnson asks. “It’s no accident that iron is an important part of life, that early biological molecules may have been iron-based.”