Core’s pyrolysis unit is purpose built to pyrolyse coal and solid organics up to 600°C under non-oxidising (i.e., oxygen-free) conditions. The pyrolysis unit accepts –16 mm 1 kg samples and incorporates a flexible design which allows agitation of the coal bed and injection of steam throughout the test. 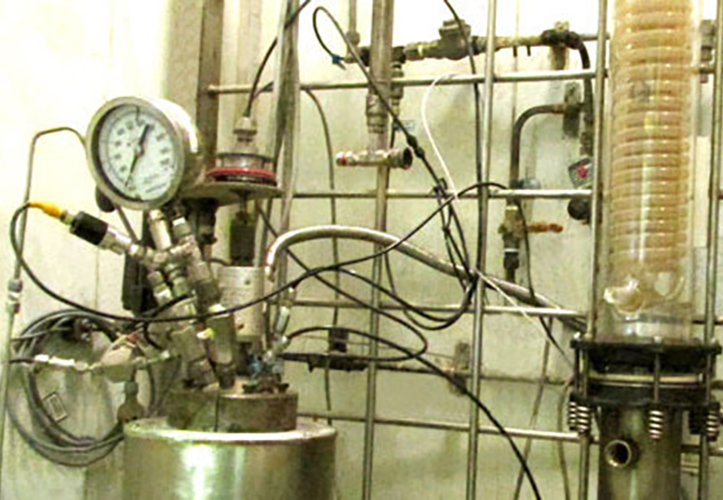 What’s in your coal?

The unit is ideal for conducting preliminary tests to evaluate suitability of coal samples for pyrolysis. Such tests may be used to generate preliminary engineering data for oil and gas engineers and to identify pyrolysis products with commercial potential.
During the pyrolysis a mixture of gases, which may include hydrogen (H2), carbon dioxide (CO2), carbon monoxide (CO), methane (CH4), ethane (C2H6), propane (C3H8) and butane (C4H10) are given off. In some cases the coal sample may also be suitable for the production of syngas which is generated by the addition of water to the hot coal bed. The reaction is termed the gasification of coal and proceeds as follows: C + H2O → H2 + CO

Core’s pyrolysis rig is designed to facilitate this reaction by the use of a dedicated steam spear which discharges below the bed distribution plate.

During the tests samples of the gases generated are collected in Tedlar bags and these are submitted to third party laboratories for analysis. The pyrolysis process also generates higher boiling point products such as organic tars and water which are captured in a custom-made condenser. Subsamples of these condensates and the residual char at the end of the pyrolysis are also submitted for analysis.