My wife has spent her career in the pharmaceutical industry.  Pharmaceutical manufacturers conduct clinical trials in which new medicines are tested in patients to evaluate efficacy and safety.  These trials are conducted according to strict statistical protocols, internationally mandated by government regulation.  Why?  Because long experience has shown that statistically designed trials give the best bang for the considerable buck spent on them, in terms of getting the right answer in an ethical way at acceptable cost.  And if they are not done that way it puts people’s health at risk.

You might be surprised to learn that pharmaceutical manufacturing and mineral processing have much in common.  Both turn raw materials into value-added products, both use sophisticated particle technologies, and both have uncertainties which have to be managed.  However there is one big difference:  in drug testing rigorous statistical methods are ingrained in the industry’s DNA, whereas in mineral processing we are more likely to use stats as an exotic last resort when all else has failed.

This leads to disasters such as that illustrated in Figure 1, which shows the results of a plant trial of a new flotation reagent which appeared to deliver an astonishing increase in gold recovery of over 7%.  The magnitude of the improvement is itself cause for suspicion, and the simple plot of Figure 1 shows why:  the recovery was increasing anyway before the switch to the new reagent (probably due to ore changes), and one could even conclude that the new reagent has interrupted this improvement.  The original conclusion was therefore wrong because with this experimental ‘design’ it was not possible to separate the effects of the reagent from other interfering factors (eg ore type).  If a clinical trial was conducted this way the organisers would probably end up in jail. 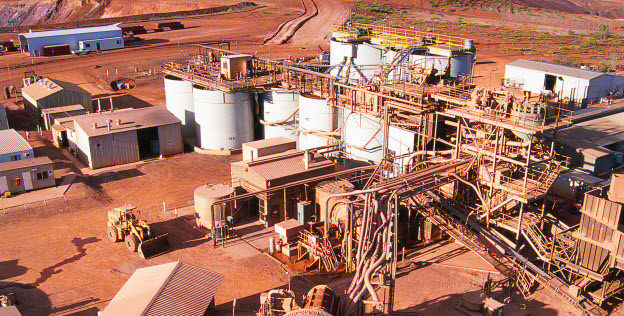 Doing plant trials correctly, so that nuisance effects are properly accounted for, is easier, cheaper and much more likely to lead to the right conclusion than doing them incorrectly.  So why wouldn’t we use the right methods?  Because the teaching of statistics in universities is flawed and as a result there is an ignorance of these methods in the profession that needs to be fixed.  The consequence is expensive trials which either lead to the wrong conclusion or take too long (read ‘too costly’), or both.  This has a uniformly negative impact on shareholder value.

Things are improving, but there is some way to go.  I’m not usually found extolling the virtues of geologists and mining engineers, but the truth is that no self-respecting mining company would plan and operate a mine without a block model of the deposit developed using geostatistical methods.  It is time we metallurgists followed the same rigorous practices in our own work.  It is not hard to do, especially for numerate Excel-drivers which metallurgists are.  It would enrich those mining companies in which my super fund has foolishly invested and it would stop my wife telling me that we do lousy experiments.

Professor Tim Napier-Munn is a metallurgist who has spent most of his career in applied research and development for the minerals industry, working in South Africa, England and Australia.  He retired as Director of the University of Queensland’s JKMRC and MD of JKTech in 2004, and now works part-time with the JKMRC, consults, and gives professional development courses.