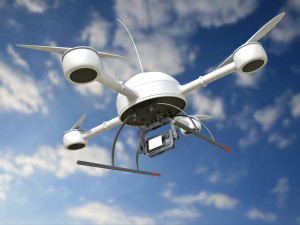 The rollout of Unmanned Aerial Vehicles, or UAVs into the mining sector has begun. This new technological advancement is a cost-effective method to monitor stockpiles, map exploration targets and track equipment. Mapping deposit sites and exploring for minerals via remote control is no longer an unrealistic fantasy.

Obviously one of the biggest benefits of using UAVs is cost. Cheaper than helicopters, drones are reshaping the way mining companies survey new areas, providing more accurate results at a lower price. Not only is the new technology inexpensive, but it is also far more flexible and mobile. Transporting this light-weight apparatus to mine sites is easy, and it can effectively cover a much broader range of parameters than conventional surveying methods.

In addition to surveying, drones have other benefits across the value chain that will prove beneficial for mining operations. Possible applications for the drones range from search & rescue operations, monitoring and the acquisition of site information, to exploration, development and productivity (stockpile mapping and time lapse photography).

Legislation for the use of drones in mining operations differs in each country. In the United States, for example, only public agencies can fly drones and in Canada operators must apply for regulatory waivers. In other countries, controllers must keep drones within eye sight of operations.

In Australia, Territory Iron was awarded an operating certificate from the Civil Aviation Safety Authority (CASA) to use drones at its Frances Creek operation in WA.

“We started to look at the potential for UAVs at our mine in late 2012” says Darryn Dow, Chief Mine Surveyor for Territory Iron. “We also approached CASA at about the same time, seeking direction on how to obtain the certification necessary to comply with regulatory guidelines. This led to enrolling one of our surveyors in BAK and PPL courses. We plan to have three certified controllers by the end of 2014.

“To date we have flown more than 100 missions and collected data for a wide range of tasks. Monthly reporting of stockpile inventories, pre and post-mining imagery of land disturbance, data capture for exploration and mine planning purposes, photo evidence of environmental and heritage compliance, as well as general presentation imagery used for site communications, account for the majority of routine use of our UAV.

“We recently began to develop geological mapping missions which will eliminate the need for personnel to access areas of the open pit that are hazardous (rock fall potential) or congested (interaction with mobile mining equipment)” said Dow.

Rio Tinto has been aggressively working to build its “Mine of the Future”, incorporating drones in a wide array of activities. Rio has said it will begin employing UAVs for exploring, mapping and surveying later this year.

Drones are still in the preliminary stages of implementation, but they are expected to significantly impact productivity, cost and efficiency across the sector.