Disused Queensland Mine To Create Hydroelectricity 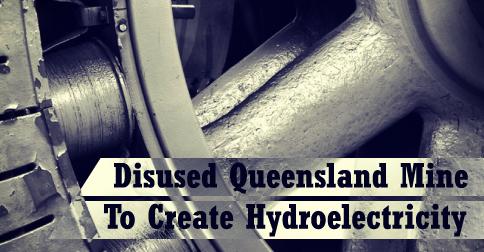 Northern Queensland’s Kidston Mine, a disused open cut gold mine, is set to become the country’s third largest hydroelectric plant. The development project, now at full feasibility stage, is expected to be up and running by 2018, and to employ around 200 people in its construction stage.

Converting hydro power from disused mines isn’t a new idea, already being successfully undertaken in Europe and America. The Kidston Mine, located 270 km northwest of Townsville, would be the first of its kind in Australia. The mine, in its recycled role as a hydroelectric plant, will supply Queensland with electricity during peak periods at a capacity of 330 megawatts.

Genex Power, an Australian based power generation development company, bought the site off Canadian gold mining company Barrick Gold in June last year. According to Genex co-founder Simon Kidston, the Kidston Mine fits the bill for this kind of development.

“I also knew it had two very large pits adjacent to each other so when we were looking for a site it came to the top of my mind.”

“I was always aware of the mine because of the family name connection,” Kidston said (he is the great great grandson of William Kidston, the Queensland premier after whom the mine is named). “I also knew it had two very large pits adjacent to each other so when we were looking for a site it came to the top of my mind.”

The mine’s pits or ‘reservoirs’ are the perfect depth and size to run a hydroelectric plant, similar to the hydroelectric model in the Snowy Mountains. These, along with other ‘unique characteristics of the site including, existing dams, water, pipeline and electricity infrastructure’, says Genex Power, will keep construction costs of the Kidston project low. Recently the company issued 40 million shares on the Australian share market at 20 cents per share to raise money for the project which is expected to cost $280 million dollars.