A Giant Leap for the Mining Industry 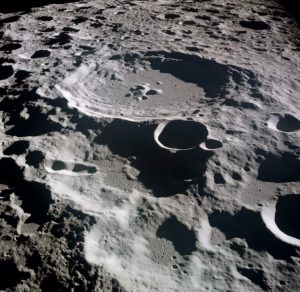 A Giant Leap for the Mining Industry

Strides have been made in the race to establish mining operations on the Moon, with a recent push to pursue space exploration through private enterprise and growing commercial imperatives to tap intergalactic resources. Lunar satellites have detected high concentrations of Rare Earth Elements (REE) and other commercial elements on the Moon’s surface, prompting many in the scientific community to ask how civilisation can work towards harnessing its full potential as a nearby “cosmic quarry.”

Geological processes during the Moon’s formation enriched the planet with REE such as dysprosium, lanthanum and yttrium. These elements are extremely valuable for a range of human applications, particularly in the fields of renewable energy, as magnetic REE components are used in everything from electric car batteries to wind turbines. The prevalence of Helium-3 reservoirs on the Moon is another exciting prospect, as scientists believe the element could be used to generate power in modified fusion reactors without producing radioactive waste. The Chinese Chang’e 3 programme is expected to return He-3 samples from the moon to earth in the near future.

Satellite imaging from a fleet of international orbiters indicates the presence of REE on the Moon, but interior probes – lunar drilling – are also needed to survey their distribution. Estimates suggest only five per cent of the Moon’s surface has been explored, presenting an opportunity in the twenty-first century to embark on a new era of space mineral exploration.

Google’s Lunar X‐Prize is a means of encouraging civilisation to broaden its horizons by engineering more cost-effective space technology and exploring the potential of, what has been described as, “Earth’s eighth continent.” The competition offers a twenty million dollar incentive to the first privatised company that can land a spacecraft on the Moon before the end of 2016. To meet the eligibility criteria, teams must also navigate their spacecraft five hundred metres across the Moon’s surface and relay high-definition footage of the roving mission back to Earth.

It has attracted attention from across the world with American-­‐based company, ‘Moon Express,’ asserting itself as a serious contender for the top prize, becoming the first to successfully test a prototype of their MX-1 lunar lander earlier this year. They have since secured a launch site at Cape Canaveral in Florida and look set to send their lander to the Moon within the next twelve months. The National Aeronautics and Space Administration (NASA) has been involved in supervising the lander’s development and will continue to monitor its progress under simulated test-flight conditions before take off.

The MX-1’s first trip next year is intended to prove privately funded robots can land on the Moon – earning its team an auspicious title and millions in remuneration. Subsequent missions will focus on retrieving lunar rock samples for dual scientific and commercial purposes. Competitions like the Lunar X-Prize continue to raise the bar in terms of interstellar innovation and play a huge role in redefining the world’s perceptions of what is possible.

It remains unclear whether society is pioneering new frontiers out of necessity or natural curiosity, but for now at least, scientists are entertaining the possibility that there is “more out there” that could secure the future of humanity or even propel it into new commercial paradigms. Today it involves landing a rover and mapping the craterous landscape, but decades from now, setting up profitable excavation sites on the Moon could be within reach. It would be fair to say that humanity will be profoundly changed by interstellar economic endeavour, with astronomical implications for the future mining industry too.